Do you listen to the radio on your way to work? Whether you’re listening to music or catching up on the news, it’s still common to listen to the radio while driving. That’s why broadcast media is so important because it has the capacity to reach a larger audience than originally intended. Some people listen to the radio every day, forming a solid consumer relationship with their favorite radio station or radio program. Broadcast media in the form of radio has the ability to play over in a consumer’s mind throughout the day, continuously reminding them of the brand message. That’s the power of radio advertising!

There are a few types of radio advertising that are both commonly used. Radio ads can be read on the air by a radio DJ or the news anchor as long as they follow a specific radio advertising script. Another way to advertise your brand on air is to produce a recording beforehand that will be broadcast in a certain timeslot during the day. Often, pre-produced radio ads or commercials run together during a radio show’s break, similar to television commercials. Aside from voiceovers reading a radio advertising script for your ad, you can have music in the background or even write a catchy jingle that’s bound to capture the attention of listeners. Some jingles have the potential to stay with listeners for years. Do you still remember any radio jingles from when you were a kid?

Radio ads typically don’t take long to make, as opposed to print and television ads. Your radio ad could be ready to air sooner than you anticipated! Because the production of a radio ad doesn’t require much time, you’ll have more time to spare to take us up on our other advertising services. Radio stations and shows also form a strong consumer relationship with the listener. People will develop a taste for a specific show or station, and soon it will become a habit to listen to it regularly. This bond between radio show and consumers often leads to trust. Consumers form trust with the radio stations they generally listen to, and in turn, are less likely to disregard the advertisements. Radio ads are also cost-effective, attention-grabbing and usually target a specific audience. 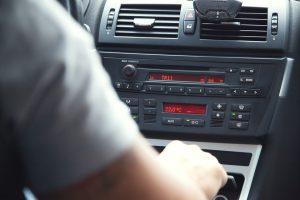 Radio advertising can be especially effective if you wish to advertise locally for your business. Advertising locally will ensure that your target audience is in the area you wish to reach and emit your brand message to. Radio stations often target specific audiences with their commercials, so it’s more likely that the listener will identify with the radio ads that broadcast on their preferred stations or during their favorite programs.

At Ottaway Digital, our team of advertisers work diligently to produce effective radio ads for our clients. We put our creative minds to the test, constantly coming up with inventive radio ad campaigns that reach a specific target audience or demographic for our clients’ brands. Contact us today to advertise your business on air!